Fred & Red’s is the historic greasy spoon diner in Joplin, Missouri. first opened at 10th and Main in 1923. The 7-seat diner quickly became a favorite among the locals and the area’s hard-working miners, and in 1943, moved to its current location at 1719 Main Street with 23 seats. Ownership and the name of the restaurant changed a few times over the early years from Grover’s to Fred & Grover’s to Fred & Bud’s, and in 1956, to Fred & Red’s when Red Wilcoxson bought half of the diner to become Fred’s partner. In 1975, Fred & Red’s and the secret recipe were handed over to Red’s son, Larry Wilcoxson, who had worked at the diner since he was 11 years old.

Below are a few of the things we’re famous for… 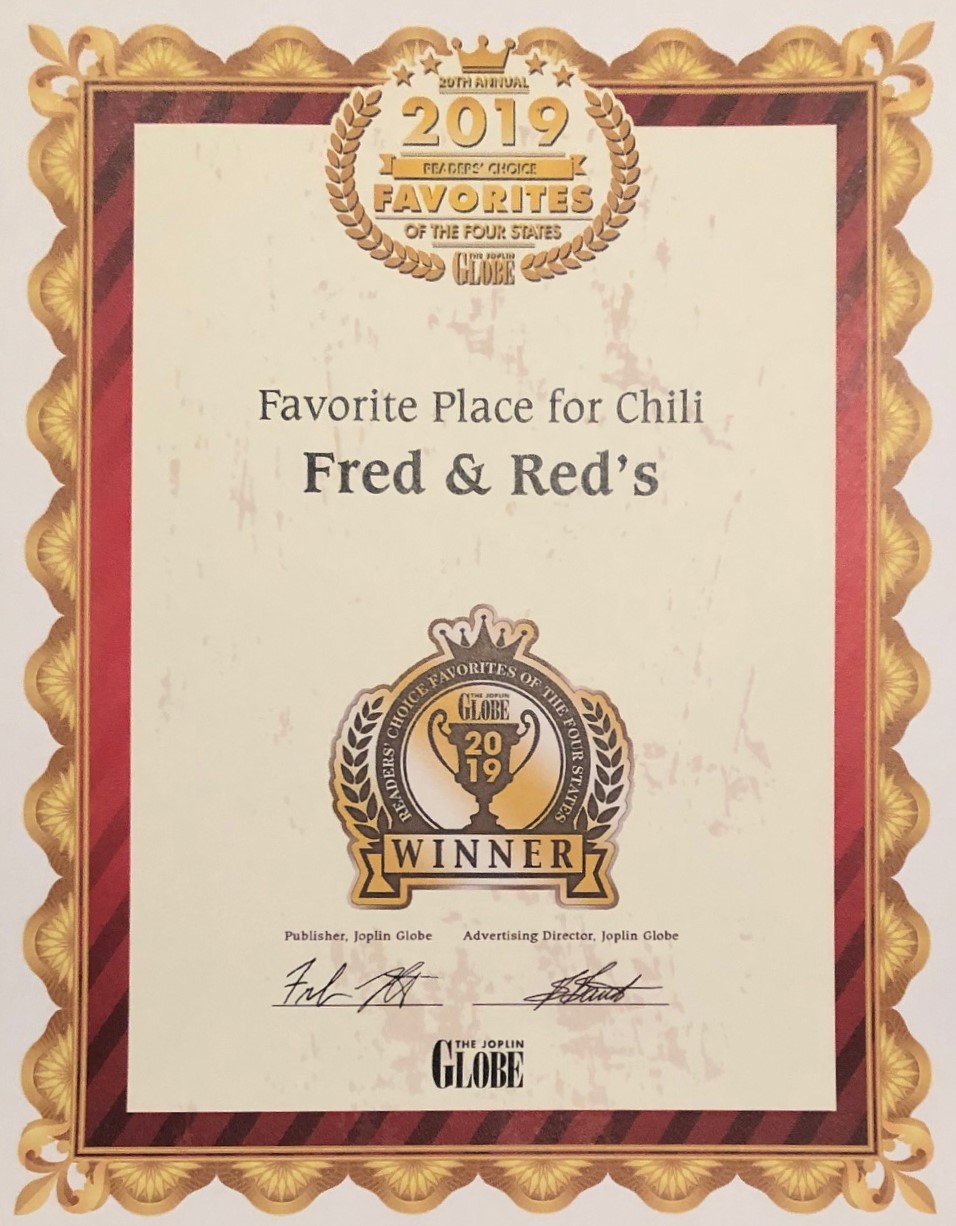 “Fred & Red’s, a Joplin landmark. Don’t travel through the area without stopping in for a plate of spaghetti red! Their cheeseburgers are awesome, as well.”