Fred & Red’s Back On the Menu 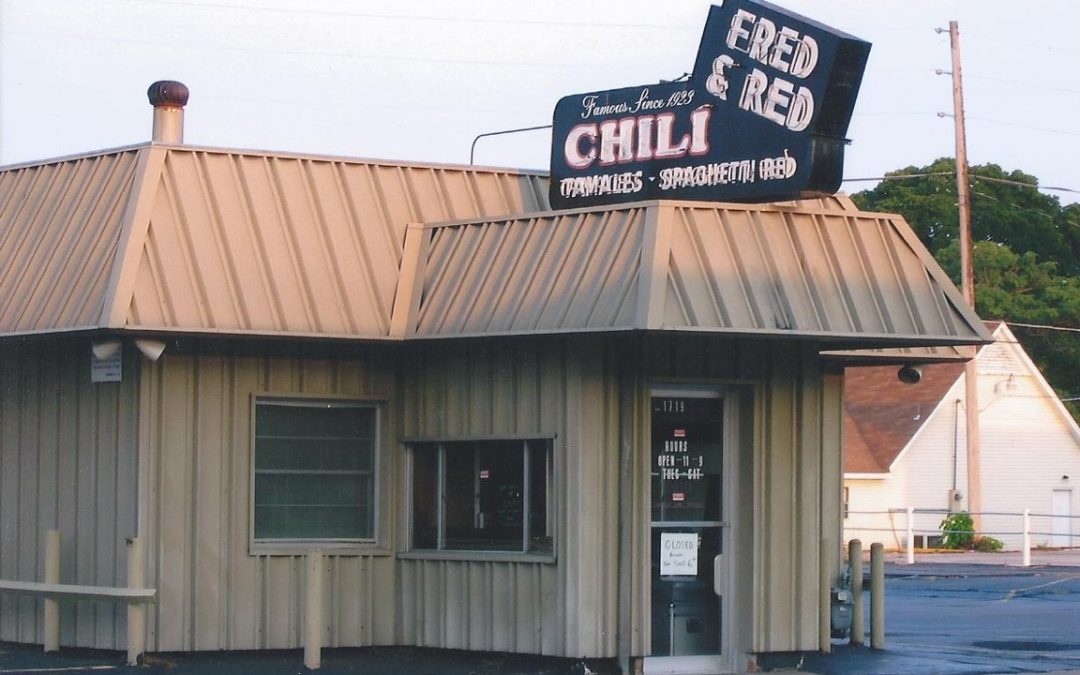 The wait is over.

Fred & Red’s, a Joplin diner that operated for nearly 90 years before closing in 2012, has been sold to David Schaefer, who hopes to reopen the Main Street staple by Oct. 1.

Schaefer, who grew up in Joplin but has since moved away, said he always stopped to eat at the restaurant when he made return trips to town. Schaefer said he even planned such trips for times of the year when a bowl of chili would best hit the spot.

“There was no other restaurant that ever drew me back like this,” he said. “I had to come back. I never came back in August.”

He’s a fan of the food, no doubt, but Schaefer takes owning the restaurant seriously.

“I’m walking on air,” he said. “I see this as a labor of love. It’s also a tremendous amount of responsibility. No one can really own Fred & Red’s; you’re just the keeper of the recipe.”

Schaefer said he moved back to Joplin in the last couple of months in order to be nearby as closing on the sale approached. He began work on a purchasing of the restaurant several months ago, and he finally closed on the diner Monday.

He said his goal is for the restaurant to look and operate as close as possible to how it did before it closed. The only changes Schaefer plans to make have to do with code and Americans with Disabilities Act compliance. A hallway to restrooms and better accessibility for the handicapped are required.

“I don’t think that if you come in here and sit down you’re going to notice any difference,” he said.

The menu will not change at all, but Schaefer allowed for the possibility of some minor price increases based on product costs that may have changed since the restaurant closed.

On March 5, 2012, Amber Wilcoxson Tankersley, daughter of the restaurant’s former owner, Larry Wilcoxson, announced that her father had decided to retire and that the restaurant would close.

That announcement devastated Chris and Heather McKeehan, a mother-daughter duo who worked as waitresses at Fred & Red’s for a combined 31 years. Both are planning to return to work at the diner, along with some other former employees.

“We have prayed for this since they shut down,” Chris McKeehan said. “This is our home.”

Employees of the restaurant were not the only ones disappointed by its closing. Linda Mathes said she and her family used to eat there often before she moved to Ohio. Mathes said she “grew up on” Fred & Red’s. She said she always stopped at the diner when she was back in town to see family.

“When we visited, I would go buy several — usually seven or so — bricks of chili, bring them back to Ohio and freeze them here,” she said. “Always just as good, and hit the spot when you need your chili fix. Can hardly wait to do it again.”

Schaefer is the sole owner, but he said he has already received inquiries about taking on investment partners, to which he said he is open. He also wants to open other Fred & Red’s locations in the area once the Joplin location gets up and running.

“What I want to do to begin with is learn the ins and outs of every aspect of this, really understand the systems, make sure we’re confident we can reproduce it somewhere else, then we can start looking at other locations,” he said.

The business was started in 1923 by Fred Herring, a miner, in a building at 10th and Main streets. Herring’s Chili Counter had 10 stools. The restaurant was known for its hamburgers, chili and tamales. Herring then experimented with a new dish by serving his chili on top of a plate of spaghetti. It became the signature dish for Fred & Red’s.

The restaurant expanded and relocated in 1941, when Grover Crumbliss is said to have won a poker hand from the late Burl Garvin, a Joplin real estate agent. Garvin offered Crumbliss the title to what was then was a cornfield at 1719 S. Main St. The recent sale was handled by Garvin’s son, Bob Garvin, of Burl M. Garvin Realtor Inc.

Amber Wilcoxson said Crumbliss approached Herring about the land and enticed him to move his restaurant there because it would allow him to more than double the size of his existing restaurant. The new restaurant would have 23 stools.

The recipe for the tomatoless chili recipe was something that only Wilcoxson knew.

Larry Wilcoxson, 72, died earlier this year after a three-year battle with pancreatic cancer.